The aim of this email campaign was to prevent customers leaving Sky by offering them Sky Kids for free for six months. I wanted to communicate the idea of “free for six months” in a simple yet effective way. I felt that using an illustrated calendar coupled with Sky Kids’ content as the hero image was a great way to show how much you get in six months. ​

This email campaign went out in three phases, each pushing slightly different messages. The campaign was so successful and unlike anything Sky had tried before that it was extended to include a calendar that we sent out to customers who’d renewed their contracts. 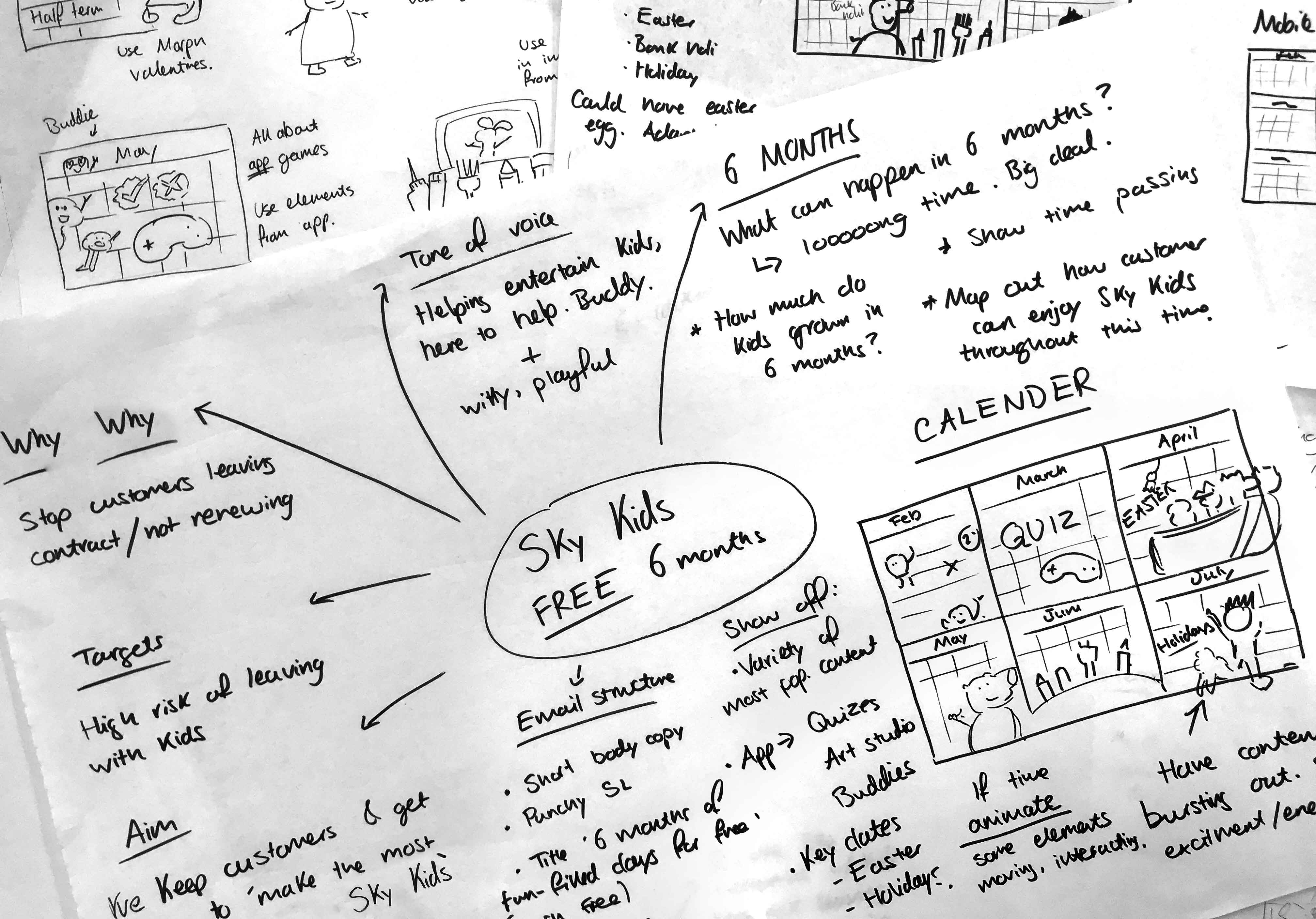 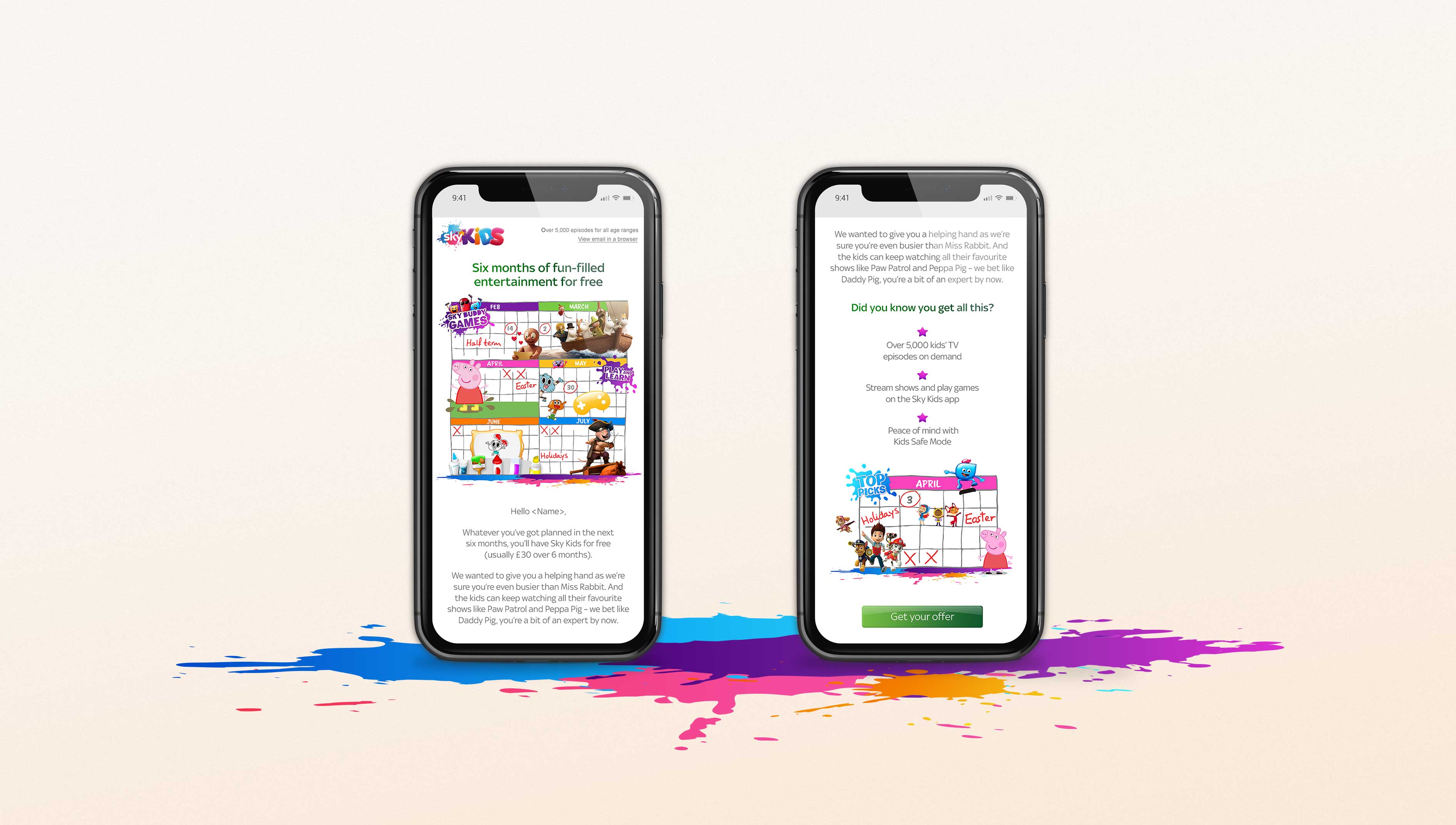 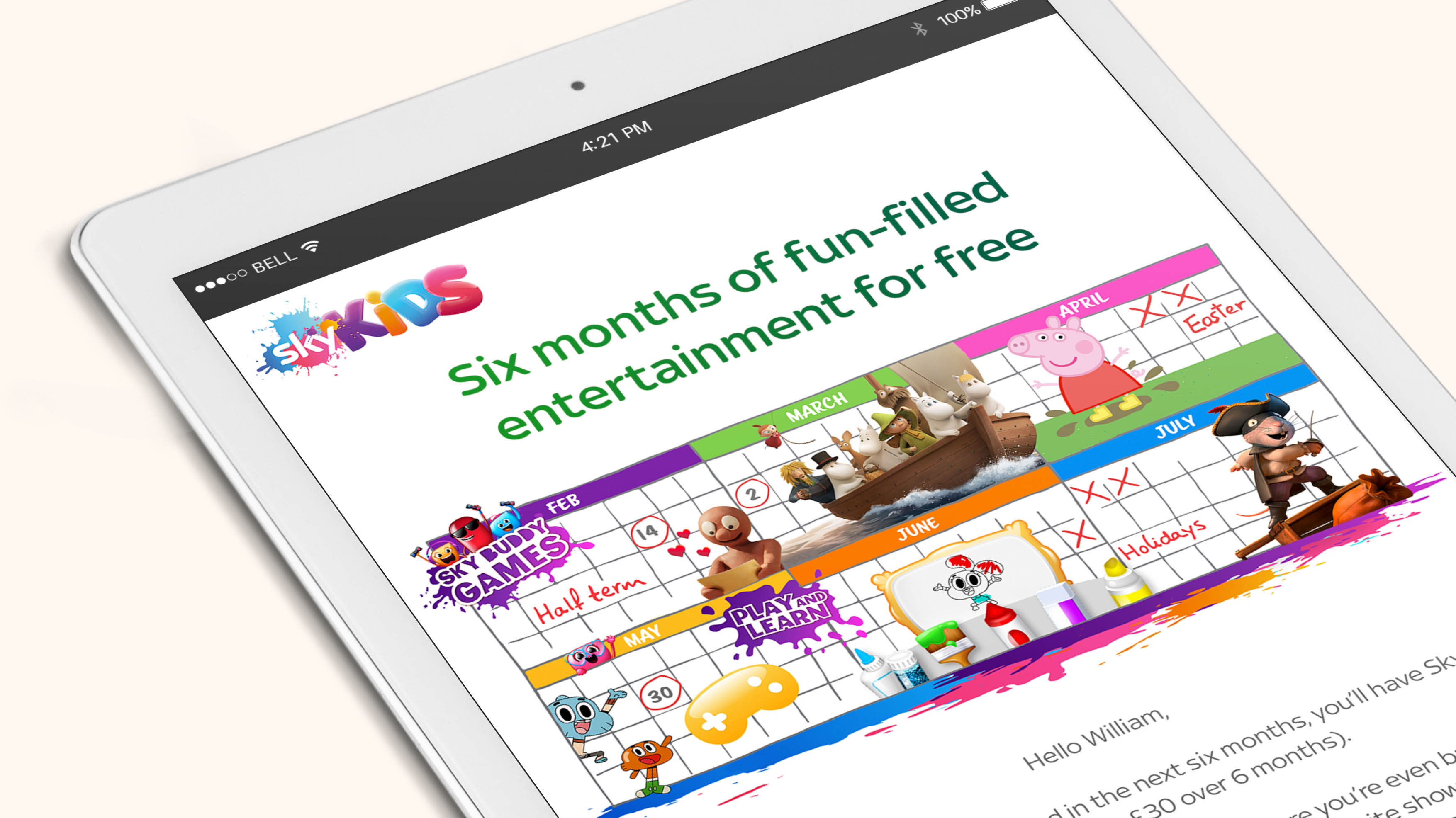 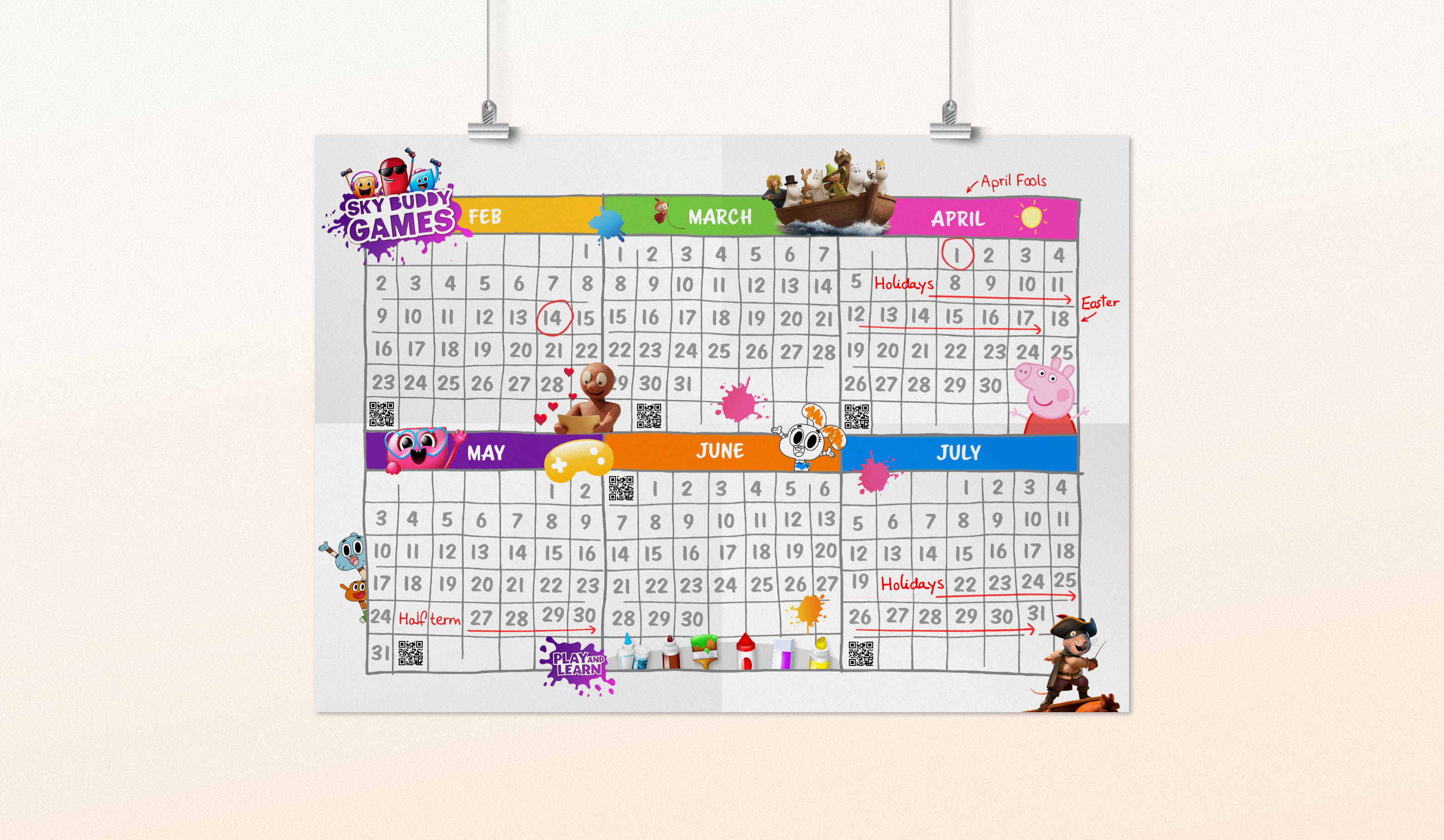